The Pakistani drama industry is setting the bars high across the globe with their back-to-back, outstandingly amazing dramas with jaw-dropping storylines. Every year best Pakistani dramas are being released and aired on television channels. Many young and talented individuals have also made their debuts with tremendous performances on the screens, and the audience loves them wholeheartedly. Producers and writers are also trying to deliver content that can relate to the lives of normal people rather than delivering the same love stories with no twist in the plot.

Therefore, the fans are also glued to their television screens. There is a very tough competition as every drama is so interesting that even fans are confused about what to watch and what to skip. Every producer and writer is trying hard to garner the story with interest and twist to keep the audience attracted to their dramas and rest in the handle by the actors to keep that curiosity alive.

Parizad is one of the most-watched and best Pakistani dramas all around the nation. Hashim Nadeem has written and Shahzad Kashmiri has directed the drama.

Parizad is a story of a young boy with dark skin and a low self-esteem who struggles in his life. This drama has gained its popularity among the viewers and has hit the highest rating in IMDB with massive success because of the outstanding storyline and phenomenal performances of the entire cast. 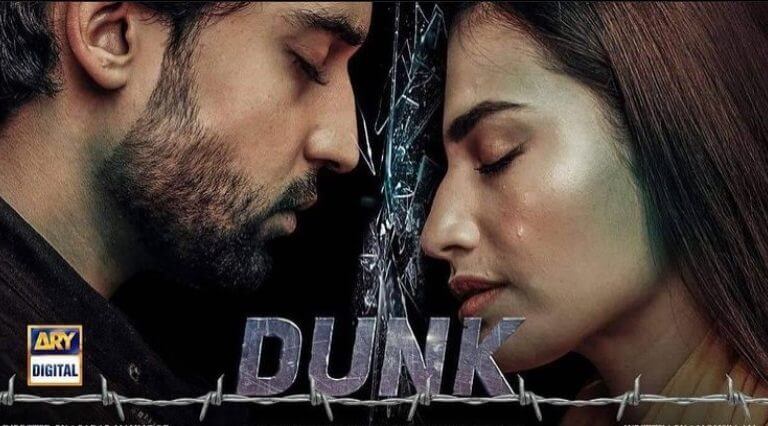 Accusation of sexual harassment is not new for Pakistanis because of the rise in the number of cases. The drama serial Dunk written by Mohsin Ali and directed by Badar Mehmood has raised this serious issue through their project of Dunk.

Premiered on ARY Digital, Dunk is the pakistan best drama of 2020 because of its slightly different storyline. It’s about a false allegation on the professor by a stubborn and cunning spoilt brat girl. This results in a suicidal approach by the professor in the regret of the defamation of his honor.

The cast of the serial DUNK consists of many famous and outstanding performers. The main role revolves around Bilal Abbas Khan as Haider Nawaz cast as a student of the college supporting the false allegation unaware of Sana Jawed’s allegations. Nauman Ejaz is staring the professor Humayun and one of the most beautiful and finest actresses of the Pakistani drama industry Sana Jawed is the lead negative role name Amal Faraz.

Raqs e Bismil is one of the best Pakistani dramas that revolves around a love story. It follows the storyline of novel from Nabila Aziz. Wajahat Rauf is the director and Shazia Wajahat is the producer of Raqs e Bismil. Imran Ashraf has played the main role as Moosa, who is the remarkable actor of the industry. He has played many famous characters as Bhola in Ranjha Ranjha Kerdi and has won awards of the best actor in Lux Style awards. His co-star character of Zoha casting Sarah Khan. She is also a versatile actor of the Pakistani drama industry.

Raqs e Bismil is the tale of love between two individuals from totally different lifestyles. The drama has gained a massive number of viewers from the very beginning till the end of the series. Raqs e Bismil was aired on HUM TV and is digitally available in YouTube. 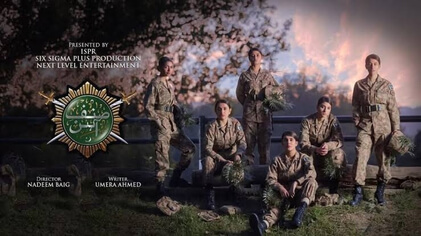 Sinf e Ahan predicted to be the best Pakistani drama of 2022 is on women empowerment and the dedication of the Pakistan Army lady officers giving a positive mindset to the women all around the nation. Sinf-e-Ahan is written by Umera Ahmed and its director is Nadeem Baig. This drama is the production of Next Level Entertainment and Six Sigma Plus in collaboration with ISPR.

Sinf-e-Ahan has a cast of very famously known actors with some of the emerging talent debuting in the Pakistani drama Industry like Dananeer Mobeen who went viral with her VLOG famously known to the people as “PAWWWRY GIRL”. Other cast includes famous Sajjal Aly, Kubra Khan, and Yumna Zaidi.

Sinf-e-Ahan premiered at the end of 2021 and is still airing on ARY Digital which has caught the attention of its viewers with keen interest. The storyline has made it indeed one of the top 10 Pakistani dramas of 2021.

Sang e Maah is one of the trendiest Pakistani dramas of 2022 and second in the series of Mustafa Afridi’s Sang e Mar Mar. Momina Duraid has produced it. Saif e Hassan is the director. Atif Aslam is the lead actor of Sang e Maah named Hilmand Mah. Other lead actors and actresses include Nauman Aijaz, Hania Amir, Kubra Khan, Sania Saeed, Samiya Mumtaz and Najiba Faiz.

The drama revolves around an old tradition. The family belongs to the tribal regions of Pakistan and believe in killing people for the sake of ego and love. The tradition requires sacrifices of love and life at a lot of points.

Khuda Aur Mohabbat was released on the 12th of February 2021 on Geo Entertainment. The cast consists of Iqra Aziz, Feroze Khan, and some other leading actors. The drama consists of three seasons. The first and second season was released previously but the 3rd season made records.

The idea of the drama came from the novel writer Hashim Nadeem who wrote the same novel named “Khuda Aur Mohabbat”.

The drama plot is the same as the previous seasons but gives a whole new experience to the drama fans.

Raqeeb Se covers an entirely different love story. The story revolves around some of the leading actors who did the best job in the roles assigned to them. Raqeeb Se is a classical love story covering a love story from the past era.

The cast of the drama were some of the leading and remarkable actors of the industry like Nauman Ejaz, Sania Saeed, Hadiqa Kiani, Iqra Aziz, and Faryal Mehmood.

The drama was on aired on Hum TV every Wednesday at 8:00 pm.

Pehli si Mohabbat is a unique type of story which keeps the audience connected from starting till the end. The cast consists of some young and energetic actors like Maya Ali, Shehreyar Munawar, and Hassan Shehreyar Yasin (HSY).

The story describes how society reacts to the love of two youngsters. The drama consists of love, expression, and how they faced those hardships.

Pehli si Mohabbat was aired every Saturday at 8:00 pm on ARY Digital.

Phaans is based-on servant abuse and harassment. The drama highlights a major social issue in a great way. Phaans covers a sensitive topic in such a way that it highlights physical abuse differently. The cast consists of Zara Noor Abbas, Sami Khan, Ali Tahir, Shahzad Sheikh, and Yashma Gill doing the leading role in the drama.

Qayamat tells the story of a lovely young girl whose life choices are influenced by those around her. All hell breaks loose as those closest to her commit the same mistake again and over again, putting her future in jeopardy. Ifrah comes from the lower middle class, as are her parents and older sister Samra. She values hard work and honesty. When Ifrah’s uncle Mukhtar requests for Samra’s hand in marriage for his son Rashid, it puts Ifrah and Samra’s parents in a difficult situation. The families agree to the proposal without seeking Samra’s agreement, but soon after the marriage, Samra is mistreated by Rashid until she is involved in a terrible incident, leaving Ifrah to bear the brunt of the consequences

Phans was telecasted on Hum TV on Saturday at 8:00 pm.

Despite the many problems, people of Pakistan love to spend their leisure time watching television. Pakistan’s drama industry has set its moods in full swing by presenting back-to-back hits and amazing 5 top pakistani drama series on television screens. Most importantly, today’s writers have started showing emerging issues like discrimination based on colour, caste, language and social status through plots. Many emerging talented young faces are most likely to debut themselves on the national as well as on international televisions. More likely the drama industry is going to present more drama series in the upcoming time with more and more interesting and heart-catching storylines. This year they are also set up to present some more wondrous dramas for their viewers.

Saba Sohail is a tech enthusiast with academic majors in Economics and Information Sciences. A content writer by day, her favourite niches are mental health. societal norms, cybersecurity, graphics, and digital marketing. She dedicates her free time to The Big Bang Theory, hoping to achieve an IQ like Sheldon Cooper someday!

10 Unforgettable Things to Do In Gilgit Baltistan for Tourists!