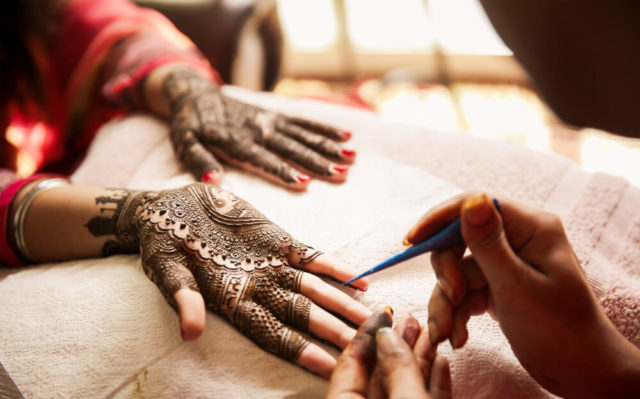 Mehndi is a type of body art and temporary skin decoration in which unique and different designs are created on a person’s body (normally hands and feet). It is a paste that is made by a dry powder of ‘Henna’ plant leaves.

The paste is made in several ways, such as:

Some people add lemon juice since lemon juice is a great acidic liquid that allows henna molecules to be released, leading to a stable paste that doesn’t decline too quickly.

People also add sugar, which makes henna stay wet against the skin for a longer time. It sticks to the skin better and makes the henna more flexible. Thus, it helps achieve a darker and long-lasting shade.

Why Do We Apply Mehndi?

Henna is used in various cultures as a trend, but people don’t know its benefits. It is beneficial for skin and hair. However, some of the major advantages of henna are:

Henna naturally colors the hair in beautiful red-toned color and protects the hair from chemicals.

Each hair strand will get nourished.

It is a source of beauty, happiness, and love. Henna truly keeps you in a positive state of mind.

Say goodbye to grey hair! As henna naturally covers them for 4-6 weeks.

Henna has some qualities to cool down the body and keeps the nerves out of stress.

Myth has ​a classic story; it has an early history of a people, explaining a natural or social phenomenon and involving supernatural events. The most common and fun myths about henna are:

Mehndi is undoubtedly a significant part of festivals in Pakistan, Indian, and several other countries worldwide. Women of all age groups apply henna on their hands and feet. Everyone has their own choice of design according to their interest. There are various kinds of henna designs. Such as 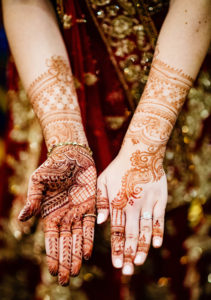 Indian mehndi designs are similar, like feathers of a peacock, flowers, and some intricate patterns. Girls who like applying mehndi love this type of design because it doesn’t need much space on your hand in this design. 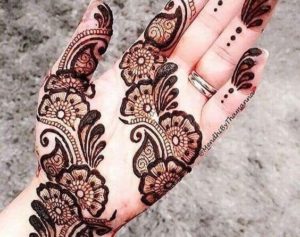 A preferable mehndi design consists of simple lines, flowers, dots, filled patterns, and leaves. Based on creativity, you can draw. This kind of mehndi consumes less mehndi and less time. A non-professional can also apply it easily. 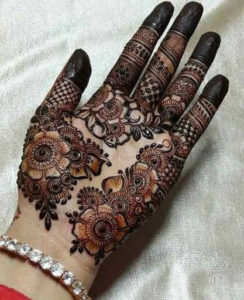 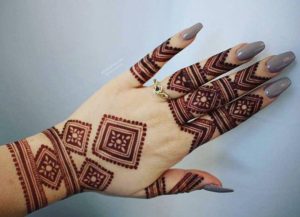 ​The western world’s adaptation of the traditional mehndi is fun. It has the most beautiful and simple designs. 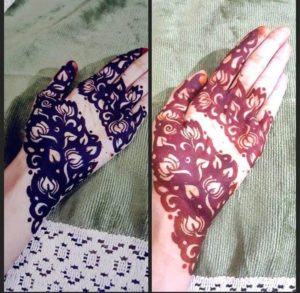 As the name indicates, it is a combination of both Indian and Arabic designs. It is Pakistani mehndi, but the outline is filled with Arabic design. 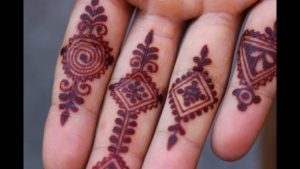 Moroccan mehndi design originates from the Middle East. These are geometric designs with a combination of different shapes. For girls who like simple designs, it is perfect for them. 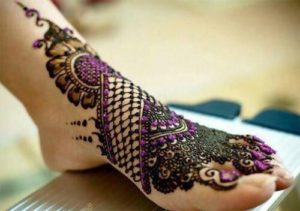 ​Punjabis are more fun, as people. They prefer things full of colors and use a large number of colors and glitters in their designs.

Gujrati people usually like unique flowers and peacock designs. It includes the wrist bangle design, which adds beauty to it. There are shades, wavy patterns, and floral designs, which make it distinguish from others.

Here are some of the really simple designs you can make on your own without being a professional artist. For this, you need a mehndi cone and a creative mind. 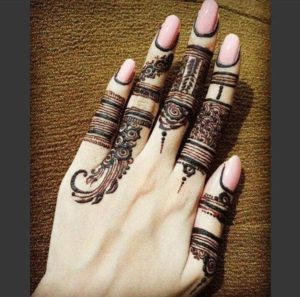 ​Mehndi, on just fingers, gives a simple and decent look. You can cover your fingers with some flowers, lines, and dots to create beautiful patterns. 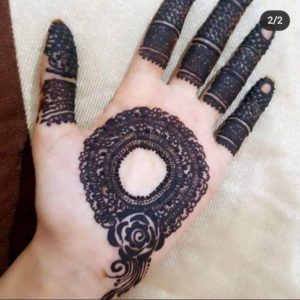 ​It is a circular figure that signifies the universe in Hindu and Buddhist symbolism, but creating a round circle is considered Mandalas. Now in modern styles, mandalas are not only circle but also in many other shapes, like diamond and squares. 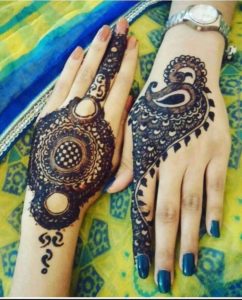 People who are fun creating and love peacock feathers can create it with just a little creativity in their hands. Peacock feather is an elegant and stylish design to apply to your hands. 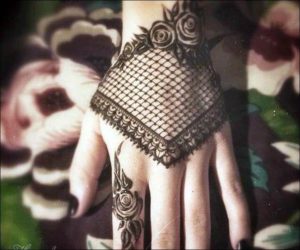 It is a​ simple mehndi design with easy floral and net motifs. 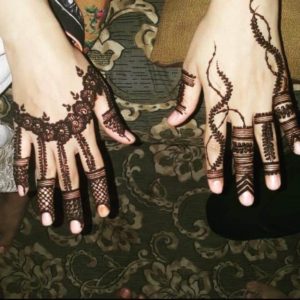 It gives your hands touch on swirls and spirals and earn all the extra brownie points. The design is quick and easy to make. 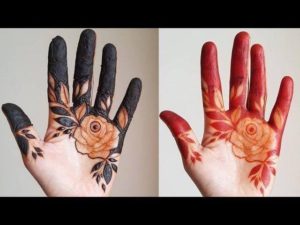 Adding rose to your art is a beautiful and unique idea. It adds more attraction to your hands. 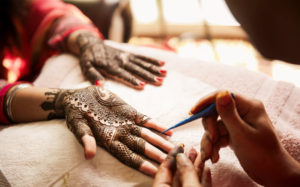 Making leaves and some flowers with all the extra area cover with mehndi can give your hand a look like a pole art from other designs.

Advantages To Fabricate A Pro Custom Lipstick Box For Your Brand

The best framework to Style a Hoodie for Fashion

A Guide to Men’s Penny Loafers for Summer

How to Hire Digital Marketing Agency for your Business [2022]