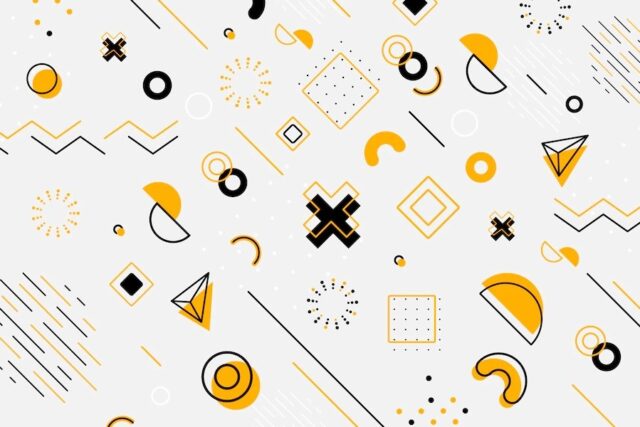 There’s been some debate over whether motion graphic designs can be classified as animation, and now we’re here to settle that, as well as explain what motion graphics is.

Motion graphics, to put it simply, is a type of animation.

Despite the fact that motion graphics appears to be a relatively recent phrase, it has been present since the late 1800s and has experienced several alterations over that time. Because of how frequently and in so many various forms motion graphics are employed in today’s media, you might not even notice it.

Let’s get right in and learn more about motion graphics and how to distinguish them.

What actually is a Motion Graphic?

Simply put, motion graphics are graphic designs that are animated. Graphic design has developed with time, and in today’s environment, graphic design may have a lot more vitality than it had in the past.

To produce layouts, graphic artists used to rely solely on physical equipment. Rulers, markers, paint, lithography, and other similar tools were some of the few tools available for producing attractive and clean patterns that could be duplicated and circulated to spread the word.

Designers may now use digital tools to produce their designs in a fraction of the time, with far more freedom to tweak them, and the ability to take those ideas to the next level by animating all of the completed features.

The example below demonstrates how graphic design combined with basic motion may communicate a more complete tale than simply the design layouts alone.

Since the early 1900s, animation has been a part of our culture in many forms. Artists have discovered new and fascinating methods to bring their ideas and tales to life, from its initial format as tediously hand-drawn cell animation to the bright and intricate 3D computer-produced animation that is most popular today.

Under the umbrella of animation, there are five primary styles.

This is frequently done on a light table, which allows the painters to see through the top layer of paper to the preceding sketch. This form of animation is commonly used by well-known firms such as Disney. Traditional animation continues to be done on computers using dedicated tablets.

Although designers may adjust frames per frame, vector-based animation allows them to design rigs for their figures and move particular body parts at a time rather than continually redrawing them. It allows beginners in animation greater versatility because they don’t have to rely on their sketching abilities as much.

3D animations are visuals that have been modelled and animated in a three-dimensional environment. You may rotate the components in a 360-degree area to get the design at whatever angle you choose. 3D animation, often known as computer animation, is the most widely utilized type of animation today. Although the method of 3D animation differs greatly from conventional animation, both allow the designer to follow the same principles of movement and composition in animation.

3D animation is more about moving a figure in a computer than it is about sketching. To generate realistic animations, 3D animators must largely depend on physics, according to the National Science Foundation. The animator produces keyframes or particular motions and then leaves the rest to the computer.

Motion graphic is another style of animation that is always considered a huge area of designing with the element of movements. Motion graphics, unlike the other styles of animation, are not driven by characters or narratives. The ability to move graphic elements, shapes, and text is the focus of this art form. This method is frequently used in television commercials, explainer videos, and animated logos.

Because there is no requirement to simulate bodily movement or visual emotions, the abilities required for other forms of animation do not apply to motion graphics. Advertisements use a lot of motion graphics and provide a lot of job prospects.

Stop motion is a frame-by-frame method of converting photos into 3D animation. The most significant distinction is that stop motion uses photography to record real objects. Stop motion involves taking a snapshot of an object or scene and then moving the objects slightly before taking another photo. The artist repeats this technique until the scene is finished, with each shot serving as a frame in the animation. It’s comparable to flipping through a photo album.

Designers have, of course, experimented with much more styles than these.

How to Use Motion Graphics

As previously said, there are a variety of methods to include motion graphics in a film, so let’s look at some examples.

Lower-Thirds: The lower-thirds are using to identify a speaker and their title.

Text callouts: This can be as basic as on-screen text to move a story forward or to push the audience to take action.

Transitions: Transitioning from one scene to the next in the video.

The Future of Motion Graphics

Where may motion graphics go next? Motion graphics design has advanced from its early beginnings of manually moving pieces of artwork in front of a camera to setting transform, rotation, size, and transparency keyframes on a digital schedule.

Motion graphics may discover new ways of not only being made but also being shown to the general customer as more automated technology is developed and Augmented Reality (AR) becomes more prominent than ever before.

Developers are also focusing on developing techniques to make motion graphics easier than ever before, as well as new apps that potentially compete with tools like After Effects, Blender, and others.

If you don’t have any designers in-house as they may increase your operational cost, then hiring a professional motion graphic design service company can help you better. They have high knowledge about animations and other designs, you can ask them whatever you need.

How Does The Removal of Vestigial Organs Impact Human Health?