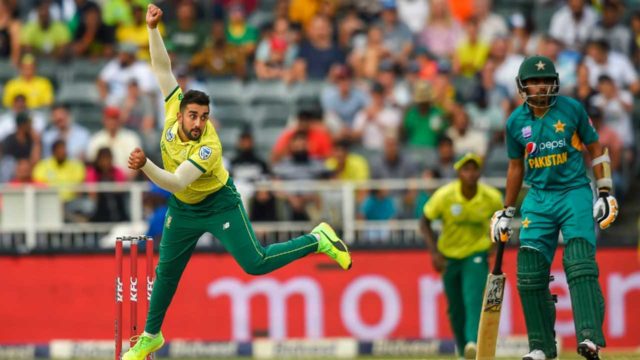 Amid the dark clouds of the COVID pandemic, cricket tournaments offer a silver lining. And, if they feature historic events such as Proteas returning to Pakistan for the first time in a generation, then you get twice the fun.

The tour wasn’t off to a good start when the Emirates airlines suspended all flights to and from South Africa the day before the Proteas were supposed to leave for Dubai, then connect onwards to Karachi. Subsequently, they chartered a plane and made a direct journey to Pakistan, without a layover in Dubai.

Tours to Pakistan are not an everyday occurrence, thus the event is a special one in the history of the nation. And, the episode is a reminder that the road ahead will be brimming with challenges for the Proteas’ players.

The unstable political situation in the country, particularly the terrorist attack on a Sri Lankan team back in 2009, had forced the International Cricket Council to halt all tours to Pakistan. Consequently, even the ‘home’ international matches were played from the UAE grounds over the next decade.

Now, after achieving relative political stability across the nation, the suspension has lifted and Pakistan is eager to host matches for international tournaments once again. The tour 2021 Pak Vs South Africa is sure to be unpredictable for the South African players, especially with the stress of social-distancing as the virus remains viable.

Since 2007, the 2021 test matches in Karachi and Rawalpindi and the Twenty20 International Tournament will be the first time an entire generation of South African players will set foot in Pakistan. The only member of the team with experience playing on Pakistan’s cricket grounds is the coach, Mark Boucher.

Boucher was a replacement for Dave Richardson in 1997, but went on to play five test matches and ten 1-day internationals over the next decade. As part of the last Proteas team to tour the country, despite the 14-year gap, his experience will be indefinitely valuable for the new players.

Aside from the security, another factor that makes matches in Pakistan unpredictable are the cricket grounds. It’s no coincidence that Pakistan has repeatedly produced a barrage of exceptional seam and swing bowlers as part of the national team. The surfaces that Proteas will encounter during their tour are unlike anything they have seen in their career.

Runs, wickets, and catches are the same for all matches played in the different parts of the world. But over the next few weeks, Proteas will understand how Pakistan’s grounds make each match a unique experience. They will learn that despite the similarities, they are vastly distinct when playing in Pakistan. 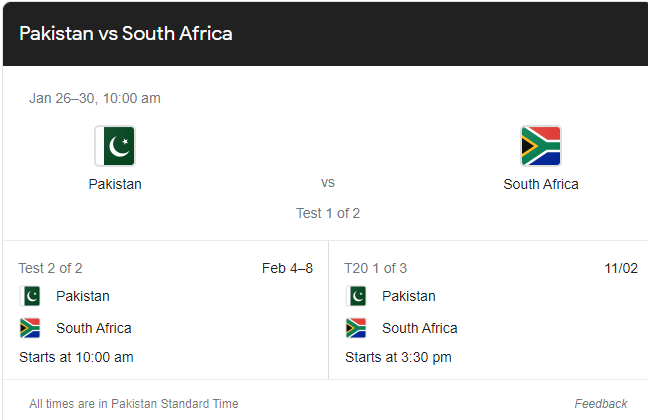 After arriving in Karachi, the South African players underwent COVID-19 testing before they were allowed to resume training in the cricket grounds next to their hotel. Those who tested negative trained at the Karachi Gymkhana ground in a bio-bubble till January 22nd.

With the first Test match on January 26th, the Proteas’ players moved to the National Stadium for more intense training.

Conversely, the Pakistani players arrived in Karachi on the 19th and started their training at the National Stadium after clearing their first round of COVID-19 tests.

That said, both teams will undergo another round of tests before the first match on the 26th.

With COVID-19 test an unavoidable part of the schedule, the tour will be a stressful one for the South African players. But the unpredictability of the matches is sure to make it a memorable experience.

Which City Is Better – Karachi Vs Lahore?

If you are preparing to buy a new house, then keep these things in...