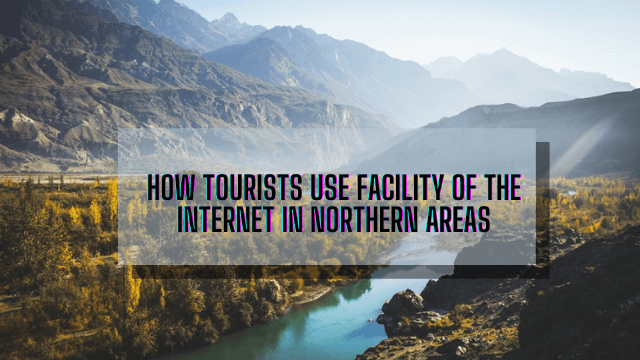 The internet has become a crucial part of daily life that helps people stay connected and up-to-date with the latest information. It is one of the powerful creations that allow endless knowledge and entertainment.

Except for Gilgit-Baltistan, the internet works quite well across the country. The connectivity is either terrible or non-existent in the northern areas, depending on where you are going.
You can get a SIM card from a Chinese company called ZONG, which is the best option for almost anywhere. However, it also barely works in the northern areas. Seemingly, you can find a sim called SCO that works only in Gilgit Baltistan and a few other northern regions of Pakistan.
SCO is a public sector telecommunications service provider responsible for operating, developing, and maintaining telecom services in Gilgit Baltistan and Azad Jammu and Kashmir (AJK).

ZONG network’s problem is that you have to go to the head office if the person is a foreigner and pay a lot of money to register ($20 or $30). People usually ask locals to sign up for them, pay the local price, and quickly get the sim card. The only solution to the internet problem is to allow other telecom operators and cellular companies to adopt 3G and 4G services.
A few months back, Telenor started its 3G services for a few days, and until now, it has suddenly closed. The cellular companies received 3G and 4G licenses for GB and AJK months ago.
The arrival of 3G and 4G service in such areas of north promises to enhance commerce and bring socio-economic prosperity for the entire region.

PTCL is one of the largest, oldest, and leading service providers in Pakistan and is no stranger to us. The country’s first landline and the broadband operator has struggled with its reputation for several years due to some critical factors.
But thanks to the highly competitive market, the brand has now taken an innovative approach and is expanding its services to meet the different private and business establishments’ requirements.
Additionally, PTCL, the brand name itself, brings nostalgia to many of us. It kept us all connected when the word “Internet” was alien and almost malicious to desi families.
PTCL has been operating in Pakistan for nearly six decades and expanded its services from landline to just one of the top Internet service providers. The organization offers amazingly fast internet at the lowest prices. It is one of the best internet services in the Northern areas of Pakistan.

Internet Adoption Has Become a Necessity!

It is necessary to make the internet the primary facility for tourists in the northern areas of Pakistan. GB and AJK are dependent on payments; the 3G and 4G service give them easy access to the financial benefits.
Advance technology can boost tourism, generate revenue, and create job opportunities for local people. It also increases the tourism values chain and makes marketing more efficient.

Do’s and Don’ts of an exam

Advantages To Fabricate A Pro Custom Lipstick Box For Your Brand